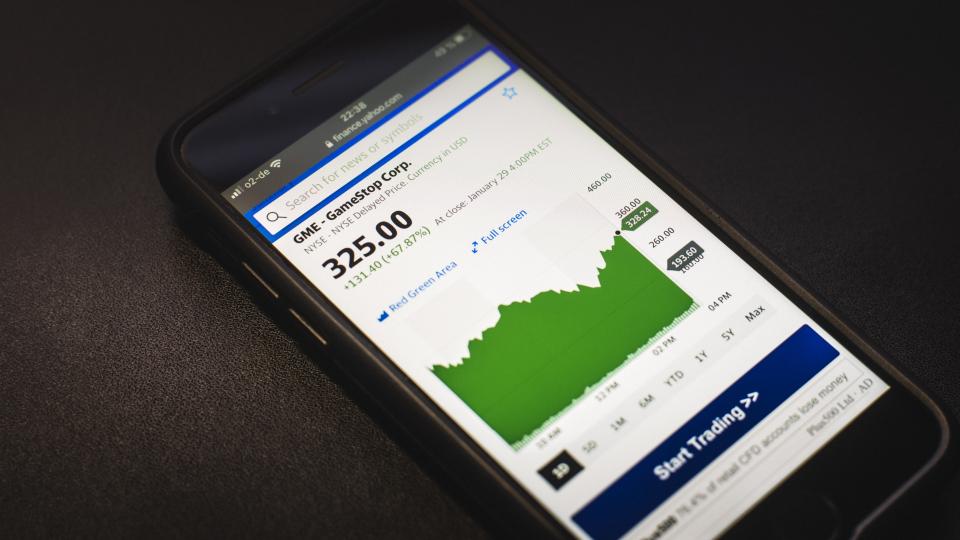 I’ve received more questions about the activity in GameStop (GME) than any other stock in over 30 years in the business. Simply put, GME is a company floundering near bankruptcy. A large number of individual investors following a Reddit post decided to start buying up the stock. GME is a heavily “shorted” stock by many professional investors, meaning they make money if the stock goes lower, ideally for them into bankruptcy. By bidding the price higher, the Reddit followers were creating losses for these professionals, many of whom had to buy the stock to close out their short positions. A bit complicated, but suffice it to say it worked, for a while, as GME stock swung from $2.57 a share to $160, down into the $ ’70s, and now trades at about $140. Needless to say, a lot of people lost a lot of money, and a lot of people made a lot of money. A couple of points to be made here: GME is a worthless stock, it was likely overvalued at $2.57 a share. They sell video games that everyone now downloads, think of Blockbuster Video stores and their fate.

Most people think that GME is a one-off, a one-time event. It isn’t. Similar stock runs have been happening at an alarming rate this past year or two. Here are a couple of examples: We witnessed a glimpse of irrational market activity and extreme levels of volatility early in 2020. On March 25, 2020, the SEC halted trading in shares of Zoom Technologies (ZOOM) because many were confusing its ticker symbol with a similarly named NASDAQ-listed company, Zoom Video Communications (ZM). More recently, a January 7th tweet by Tesla CEO Elon Musk saying nothing more than “Use Signal” sent shares of the stock Signal Advance (SIGL) over 400%+ higher. The only problem is that Musk was talking about a messaging app called Signal that rivals Facebook’s (FB) Messenger and Apple’s (AAPL) messaging service, not the company listed under the ticker SIGL. Signal Advance now trades for ~$5.50, down from its irrational high of ~$38 per share.

These are not one-off events. Irrational speculation also reached a precipice in the stocks of bankrupt and near-bankrupt companies, as speculators in the popular Robinhood app whipsawed prices of Hertz (HTZ), Whiting Petroleum (WLL), GNC (GNC), and Chesapeake Energy (CHKAQ). On June 8, 2020, for example, Hertz’s and Whiting Petroleum’s shares, while still lower significantly on the year, closed approximately 10-fold higher from prices around the time of their respective bankruptcy filings during this mania. Other heavily shorted stocks including Express (EXPR), Macerich (MAC), Bed Bath & Beyond (BBBY), and AMC Entertainment (AMC) have been tools of trading madness. It seems like the trading sharks are circling heavily-shorted names to drive aggressive short-squeezes.

Why Does This Matter?

Signs of irrational exuberance have always been signs of market tops. During the tech wreck of the early 2000s companies were literally formed with no actual business, but had a .com in their name, and went public. In the financial crisis, the Federal Government jumped on the bandwagon allowing banks to buy Wall Street bundled junk mortgages and classify them as “A” (low risk) securities on their balance sheets. These "safe" investments nearly collapsed our banking industry. Now, investors are again buying stocks in companies that don’t even have a stated business. They plan on using the proceeds from a public offering to acquire a profitable business. They’re called “Special Purpose Acquisition Companies” (SPAC). Déjà vu all over again!

We are already seeing inflation as the economy recovers. Adding $1.9 trillion dollars of newly printed, borrowed money is throwing gasoline on the flames. The bond market is reacting, bringing interest rates up to their 12-month highs. I expect the 10-year Treasury to be pushing 2%, up from the current 1.48% by the end of the year. It will be interesting to see how Wall Street reacts.

Our money says, not so good. With COVID still being the main wild card, the crystal ball is pretty murky.